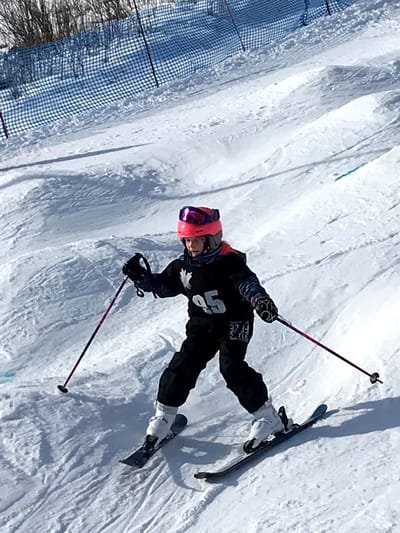 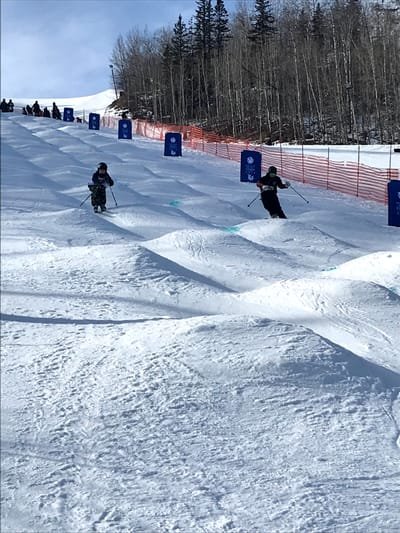 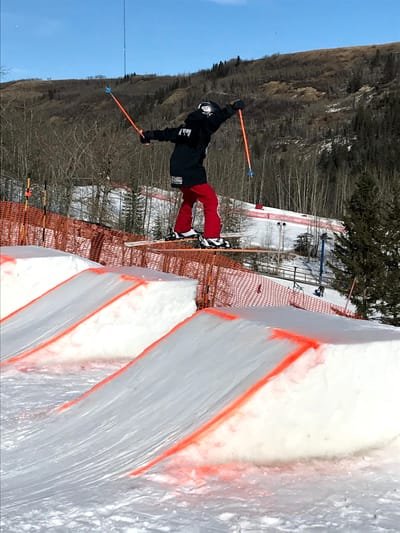 Single and Dual Moguls
Olympic discipline
Mogul skiing is a freestyle skiing competition consisting of one timed run of free skiing on a steep, heavily moguled course, stressing technical turns, aerial maneuvers and speed. Internationally, the sport is contested at the FIS Freestyle World Ski Championships, and at the Winter Olympic Games.
Moguls are a series of bumps on a slope formed when skiers push snow into mounds as they do sharp turns. This tends to happen naturally as skiers use the slope but they can also be constructed artificially. Once formed, a naturally occurring mogul tends to grow as skiers follow similar paths around it, further deepening the surrounding grooves known as troughs. Since skiing tends to be a series of linked turns, moguls form together to create a bump field.

Speed, turns and air … competitive mogul skiing has it all. All skiers have had to negotiate bumps, or moguls, at some point and knows how challenging they can be. The incredible skill, athleticism and courage of the world’s top mogul skiers makes it look easy, as they race straight down the fall line at lightning speeds. The top skiers are covering as many as four moguls per second!

The Course
Mogul courses are between 200 and 270 metres with an average grade of 26 degrees. The moguls themselves are set approximately 3.5 metres apart. The course includes two small jumps which are used as a take-off for aerial maneuvers. Athletes can perform upright or inverted tricks off these jumps in the course of a competition run.

Judging
Competitors rip down the mogul course and launch themselves off two jumps under scrutiny of a panel of seven judges. Marks are awarded for the technical quality of the skier’s turns (50%), the two aerial maneuvers (25%) and speed (25%). While speed is a factor, the fastest skier across the finish line does not necessarily win.

Competition Format
Usually competitions include a qualifying round with a single descent, where the top 12 or 16 athletes move on to a finals round.. Only scores from the final run count for final results.

Dual Moguls
World Championship Discipline
Head to head action …In dual moguls competitions, skiers race head-to head in knock out rounds. The added adrenaline of racing side-by-side means skiers often push themselves beyond their limits, resulting in either spectacular crashes or some of the most awesome bump skiing you will ever see